1753 – Vietnam Vet John Shoemaker tells it as it happened 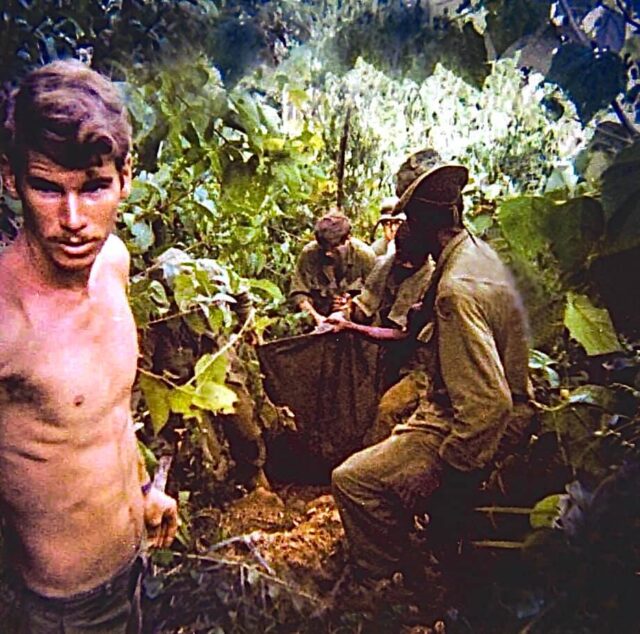 Episode 1753 will feature the background story of Vietnam Veteran, John Shoemaker. He served as an infantry platoon leader with the 196th Infantry Brigade in Vietnam. He was in country during 1970 and 1971.

John is an outstanding representative of the great Vietnam Veteran Generation, one as great as any that ever heeded the call of duty from its country. The members of that generation served their country in Vietnam where they faced very challenging circumstances in an effort to stem the rising tide of communism primarily in Southeast Asia.

They came home to an unfriendly reception from an ungrateful nation that offered very little gratitude to the veterans for their service. Despite the disgraceful way they were treated upon their return, the vast majority of them continued serving their country in a wide array of pursuits both in the military and the civilian side.

When they came home they were older, wiser, stronger and wiser than their non-Vietnam veterans. This enabled them to be valuable assets to their communities and country. They have proven this over the past fifty years. All that is necessary to see that is to take a look at their accomplishments.

John Shoemaker epitomizes the greatness of that generation. In this episode John will tell in his own words about what motivated him to join the Army after his graduation from the University of Massachusetts. He entered the Army at the height of the anti-war turmoil that was literally tearing the country apart.

He describes what drove him to join the Army and choose the most dangerous branch which was the ground pounding Infantry. He goes on to tell about the unusual events that led up to his entry into Officers Candidate School.

He then lays out the background to the incredible situation his platoon ran into at Kham Duc and the miraculous outcome. Don’t miss the next episode where he will tell the exciting story.

Listen to episode 1753 and discover more about the background of Vietnam Veteran John Shoemaker.

This entry was posted in Uncategorized. Bookmark the permalink.