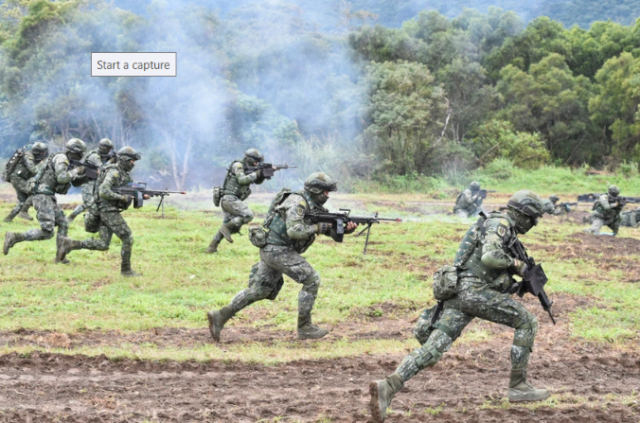 Episode 2171 of the Vietnam Veteran News Podcast will feature a story about how Taiwan could become China’s Vietnam. The featured story appeared on the U.S. Sun website and is titled: OPERATION Z-DAY How China could sleepwalk into its ‘own Vietnam War’ with Taiwan invasion as it faces kill zones and 500,000 fighters. The story was submitted by Tariq Tahir. He works out of London, United Kingdom as a foreign news reporter for the Sun Online. He holds a Master’s Degree from the University of Edinburgh in politics and history.

In his story Tahir puts the spotlight on the current situation with China and Taiwan. He points out that China still considers Taiwan to be a part of China.

It seems when Mao Zedong and his gang of communist murderers took over China in 1949, they were unsuccessful in bringing the island of Taiwan into the communist paradise of the People’s Republic of China (PRC).

Ever since, the Austronesian-speaking ancestors of Taiwanese indigenous peoples settled the island around 6,000 years ago, they have fought to maintain their independence.

China has been saber rattling and making noises that indicate their intentions of taking over Taiwan by hook or crook or war or peace.

Tahir’s story indicates, the Chinese would encounter a difficult situation if they elected to invade the island. He started his story with this: “On paper China’s military dwarfs that of Taiwan but a closer look reveals how kill zone beaches, hostile terrain and a 500,000 strong guerrilla army could inflict a Vietnam War-style humiliation on Beijing.”

He continued with this revelation: “If Chinese forces do manage to make it ashore they Chinese troops who make it ashore would face roughly 175,000 highly trained full-time soldiers.”

There are also 500,000 fully trained reservists ready to resist any attempt at occupation, using bunkers honeycombing the hills as cover from which to attack the invaders.

Taiwan recently unveiled a radical overhaul of its defense strategy that sees its troops switching from conventional tactics to guerrilla warfare.”

Listen to episode 2171 and discover more about how Taiwan could become China’s Vietnam.